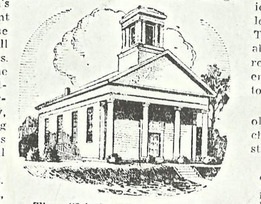 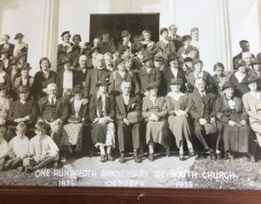 “The Little Church at the Bend in the Road” as it was called, is the oldest church in Medina County. In 1835, a small group of men and women met to organize and maintain the First Congregational Society of Weymouth, the original name of the church.

In 1920, the name of the First Congregational Society was changed to Weymouth Community Church. The church met and worshipped in its original building for many years, adding offices, a basement, a kitchen, and indoor plumbing in an expansion built in the 1970s. Later the church purchased a house next door, which was used as a parsonage in the 1990s. In 2007, the house was renovated to host the children’s ministries, including children’s church, children’s Sunday school, and youth ministries.

Keeping an eye on facility needs as the church grew, beginning in the early 2000s, the congregation gradually purchased land adjacent to its property with the hopes of building a new structure to house all its Sunday ministries under one roof. But the land turned out not to be a viable building site, and in 2017 the church approved new plans to build around the existing structures. Only the approval of the local zoning committee was required for the church to move forward. The needed variances were denied, however. Surprised and disappointed, the church continued to pray about how God would solve their facility needs.

Then one day in late 2017, a church member learned that a newer church building not far from Weymouth Community Church’s original building would be going up for sale. Subsequently, God opened up a way for the building on the corner of Stony Hill and Ridge Road to be purchased and prepared to house the church’s ministries. The previously owned land and structures were then sold to pay off the remaining balance on the new building. Continuing as a debt-free congregation is a testament to God’s faithfulness manifested in the generosity and resourcefulness of generations of Christian believers within the Weymouth Community Church family.